Stephanie Meyer recently announced a gift to Twilight fans: a new novella spin-off of the Twilight saga. The Short Second Life of Bree Tanner revisits a part of the Eclipse story from the point of view of a newborn vampire, Bree Tanner. Not only will the story be released as a physical book on June 5, but it will also be available free to fans online, from June 7 until July 5, at www.breetanner.com.

When I saw the cover posted online, I had a bit of deja-vu, as it reminded me of the cover of 2009 Cybils Nominee The Pace. Here's the cover of The Pace: 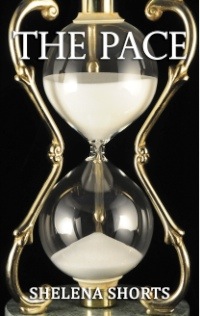 And here's the cover of The Short Second Life of Bree Tanner: 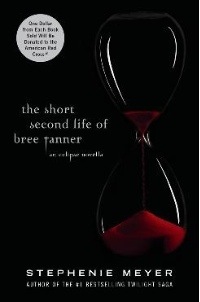 The title is different, and to be fair, the hourglass is an iconic image, but with both of them set against a black background like this, the similarity really hit me.

I think the hour glass works better in the non-Stephanie Meyer version. But then again, so do vampires and pretty much everything else!

LOL, Christina. I do like the cover of The Pace.