The City of Gold and Lead by John Christopher 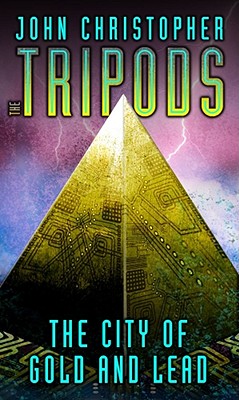 The City of Gold and Lead is the second book in the Tripods series by John Christopher. I'm reposting my reviews in tribute to this great science fiction author who died this week.

Will and his friends have been living with the renegade community in the White Mountains, undergoing training to help in the battle against the Tripods. Now, volunteers are needed for a dangerous mission, and the three friends hope to be chosen. The volunteers will travel to a city in Germany to compete in the yearly athletic tournament. The winners of the tournament get the "honor" of going to the Tripod's city to serve the Tripods. If any of the volunteers win the tournament, they will have an opportunity to gather information from inside the Tripod's city. But this could well be a fatal mission; no one has ever returned from the Tripod's city. If they get into the city, will the heros be able to get back out again alive?


Buy The City of Gold and Lead