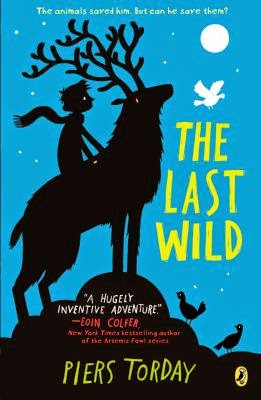 The Last Wild
by Piers Torday

In a dystopian future, all animals have died out from an illness called "red-eye" that mutated to spread throughout the animal populations. The only animals still living are a few hardy species like cockroaches. Even the bees are dead, which means that there are no more food crops. The only food left is a synthetic food called Formul-A, and the only supplier of Formul-A is the Facto corporation, essentially giving them control of the remaining human population.

Twelve year old Kester Jaynes has been incarcerated in Spectrum Hall Academy for Challenging Children for six years. The Academy is just as horrible as its name makes it sound: the children live regimented, restricted lives, and breaking the rules is punished by solitary confinement. Kester can't even complain: he hasn't been able to speak since his mother died. The words just won't come out.

Kester keeps company with a cockroach at lunch, but one day he's surprised to hear the cockroach speaking to him in his head. Shortly after that, one hundred pigeons break through his window and help him escape from Spectrum Hall. Kester discovers that Facto lied: the animals are not all dead. There is a group of them — a Wild — still living on the edge of civilization, and Kester has a unique ability to talk to them through a kind of mental connection. Between the red-eye virus and the cullers sent out by Facto to kill any remaining animals, the Wild is in grave danger. Kester sets off with the pigeons, the cockroach, a stag, and a wolf cub to find his father, who used to be a vet, and try to find a cure for the red-eye.

If all this sounds a bit unbelievable, it is, but that's ok. This isn't the kind of book that has to be realistic. The characters and the situations are somewhat exaggerated, like you might find in a Roald Dahl or a Lemony Snicket book, with the same kind of dark humor found in those books.

The main characters are Kester and a girl named Polly, whom he meets along the way, and various animals. Kester and Polly are good characters, but the animals are really the best thing about this book. Torday has done an outstanding job of giving the animals unique voices that really fit their personalities. Kester develops through the story, as he learns to be self-reliant and to take responsibility.

The pacing is good, and the plot keeps you turning pages, as Kester, Polly and the animals go from one situation to another as they try to make their way to the city to find Kester's dad. The Last Wild is a unique and interesting book, and a good read. I've read a lot of books, and I can honestly say that I haven't read anything quite like it.

There isn't really any diversity that I saw in the book. In fact, in a few cases I was bothered that some of the villains had impediments or physical characteristics exaggerated in a negative way for comic effect. For example, the evil headmaster stutters.

Middle-grade readers, particularly those who like animal fiction. Be aware that The Last Wild is a dark book, and there are deaths; some animals are killed by evil people in front of Kester and Polly. Sensitive children who are bothered by such things may want to give it a pass.

I suspect that this book would have strong appeal for fans of the Warriors series. It's a very different kind of book, but I think that Warriors fans would appreciate not only the animal characters, but also the dark conflicts in a dangerous world, the Wild community, the theme of personal sacrifice, and the well-paced plot. 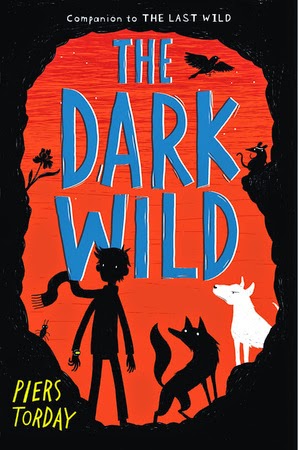 The Dark Wild
by Piers Torday

Kester and Polly have saved the Wild, and helped Kester's dad find a cure for the red-eye virus. But the Facto corporation isn't going to give up their control of the world and everything they've worked for so easily. Selwyn Stone, the head of Facto, wants something more than to kill all the animals. He wants what Polly has, the secret she swore to her parents that she'd never reveal.

Other factions are also after the secret, and Polly escapes into the city to protect the secret. Kester sets off after her, to help and protect her, but before he can find her he discovers another Wild — an army of bitter, angry animals living under the city, who are determined to destroy the human race. Kester is caught in the middle, and must try to find a way to stop the Dark Wild, while also saving Polly and the animals of his Wild from Facto.

The Dark Wild is a gripping read, and just as thrilling as The Last Wild. In the first book, Kester had to learn to be a leader, but in this one he learns something much more difficult: the value of loyalty, personal heroism, and sacrifice. Other characters develop as well, particularly the wolf cub, who is beginning to grow up and become an adult wolf.

It's also just as dark as the first book, if not more so. In one painful scene, Kester, as a prisoner, has to watch Selwyn Stone taxidermy a squirrel who had been one of Kester's friends. The squirrel was already dead, killed earlier in the book, but it's quite a horrifying scene.

Some things are not resolved by the end of the book, so there may be another book on the way.