The main conference and exhibit halls for BEA 2015 started mid-day on Wednesday, and ran for half a day. This unusual late opening was convenient for travel, because I was able to drive up in the morning and save a day in the hotel. However, it gave an odd feel to the exhibit hall, almost as if it were a preview and not fully open for business. Although there were plenty of people in the hall, it seemed to me less crowded than usual, and the mood seemed subdued. It'll be interesting to see if things are different today, the first full day of the conference.

I spent most of the afternoon in meetings with publishers, talking about the Cybils Awards and Kidlitcon 2015, but I did find time to catch most of the Best in 2015 Fall Graphic Novels panel and the Marvel Presents: Star Wars panel.

Marvel Editor Jordan White moderated the Star Wars panel, with writer Charles Soule and artist Alex Maleev. I've been a Star Wars fan since the original movie came out in 1977, (I was 13) and I was interested to learn about the new Star Wars comics coming out. Kanan: The Last Padawan tells the story of how Kanan from Star Wars: Rebels survived Order 66, and it's exciting to see Lando get his own comic series. 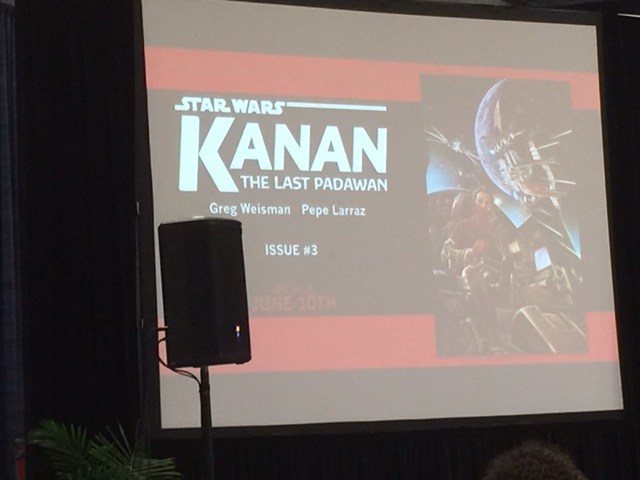 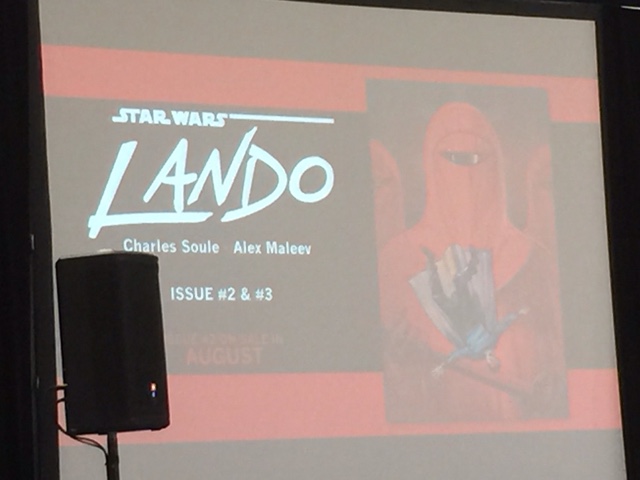 During the Q&A at the end of the panel, @MizCaramelVixen, creator of BlackComicsMonth.com, asked whether there would be an effort to increase diversity both within the Star Wars universe and among the creators. The panel's response to her very important question was disappointing. Editor Jordan White at least tried to address the question seriously, but Charles Soule basically dismissed the question by saying the Star Wars universe has always been diverse, and Alex Maleev asked whether it wasn't enough diversity to have a Bulgarian working on a comic about a black man (Lando). Both either missed the point or intentionally ignored it. Saying that the Star Wars universe is diverse is a smokescreen. Sure, there are many different species of beings, but all that CGI doesn't hide the fact that Lando has been, for a long time, the Star Wars universe's token person of color. And having a Bulgarian working on the comic does not address the very real need to have writers and artists of color working on the comics.

Much as I love Star Wars, how much more awesome would it be with a real diversity reflecting the glorious variety of people in our world? And one way to improve on that would be to employ more creators who represent that diversity in all its forms. (I do have hopes for The Force Awakens, and look forward to seeing John Boyega and Lupita Nyong'o, and I hope other diverse cast as well.) 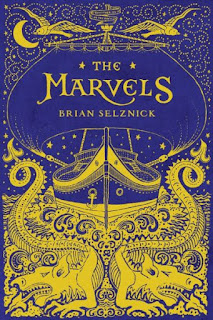 After the exhibit halls closed, I headed to the Hudson Theatre in Times Square for a party and presentation about Brian Selznick's new book, The Marvels. The party started with wine and hors d'oeuvres, which wasn't as much fun as it sounds, because it mostly consisted of fighting through crowds and battling in Hunger Games-style death matches over trays of hors d'oeuvres. I've never enjoyed crowds, so I managed to get a glass of wine and then tried to stand out of the way in the corner until it was time for the presentation.

The presentation was worth it, though! Brian Selznick is a terrific speaker. He started with a video presentation of a series of art from the book. The art was incredibly beautiful, and the part of the story it told was so sad and moving that I wasn't the only one wiping my eyes at the end. Then he talked about the creation of the book, including spending time in London doing research at the Dennis Severs House, which was an inspiration for the book. He also showed his process of creating the art for the book, starting with tiny thumbnail sketches of each page which he then bound into a tiny book.

After the presentation, we all got copies of The Marvels ARC, which Selznick signed for us. They also gave us a surprise gift: an adorable tiny book of art similar to the one that Selznick had created as a mockup! The Marvels looks like an incredible book, and I look forward to reading it.